The emergence of Indian Information Technology industry saw the birth of a generation of first-time entrepreneurs – entrepreneurs with no lineage history of business enterprise.

Mr. Dasgupta’s was one of them. This generation was marked by their ambition and determination to change the order of things. They innovated, tried out new ways and they brought in new rules into the game. They lived by their instincts.Mr. Dasgupta’s entrepreneurial journey is a story of this change. A story furnished by its quintessential highs and lows, of dreams, of daring to think different and a constant appetite for risk taking. 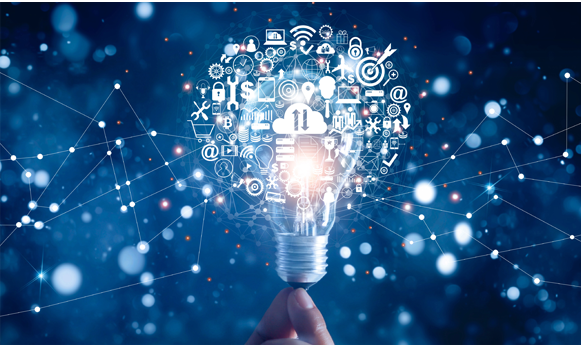 Bikram's popular ‘Dell Deal’, in 1992, proved to be a game changing moment in the Indian IT Industry – changing the very way in which the hardware industry operated, giving it an export orientation.

At US$ 50 Million, the deal was conceptualized, brought to fruition and executed. As a first of its kind, two-way collaboration between PCL and DELL, PCL was the first hardware company in India to ‘contract manufacture’ advanced computer Motherboards exclusively for Dell, which would be exported to the principal and in turn Dell’s International PCs were to beimported. As a net positive foreign exchange earning arrangement, the deal positioned India as an important manufacturing destination while bringing down the price of branded PCs in the country.1996 saw the conception and birth of ‘Infinity’, conceptualized and spearheaded by Bikram. Built as India’s first intelligent workplace, in Bengal, ‘Infinity’ (a US $ 15 Million, 300,000 sq.ft. facility) sent a strong signal to the global technology industry that Global Software Offshoring had arrived in India.

With the Indian Software Services sector growing at a rapid pace, speeded along by the global acceptance of Indian software engineering prowess,

Bikram realized that if the industry were to grow while at the same instance climb up the services value chain it would need to equip large masses of youth, not only in the latest technologies, but also in management and core application skills. In brief, the coming together of Technology and Management skills into a singular whole – a vision that was in many ways’ years ahead of its time.

The Software Finishing School System has today evolved into multiple technology programs training over 15,000 graduating engineering students, from 160 engineering colleges, spread across 21 states in India, every year, on the latest technical skills across Mobile, Web and Enterprise platforms.